Magic yoyo N12,the cheap yoyo you need to get started with!

Magic Yoyo N12 is one of the best, if not the best yoyo in the budget yoyo series manufactured by Magic yoyo. This yoyo offers so much value for the ridiculously low price which is below 20 dollars. It can be said that this yoyo can rival 40-50 dollar yoyos like the YoyoFactory Shutter and deliver the expected qualities fore an aluminium yoyo for significantly less.

See more about the specifications of the yoyo to have a greater picture of the skill toy:

A place to get it: Amazon

The Magic Yoyo N12 is made of 6061 aluminium alloy that provides the characteristic durability of the aluminium yoyo. The yoyo presents a classic v-shape that is far better than the shape of the N11. As a result, the N12 can be caught on the string far easier than the N11.

Straight out of the box the N12 feels solid into your hands. The weight distribution is better managed at this yoyo model than at the n8 or the n11.In this case, Magic Yoyo really got the weight of the yoyo right. At 67.8 grams, the Magic Yoyo N12 is on the heavier side of yoyos. This brings extra stability and spins time to the yoyo.

The n12 became far more popular than the n11 due to the improved design and weight distribution. What I like about the surface of the yoyo is that it presents a matt finish that improves finger grinds which last around 4 fo 7 seconds, time in which you can perform your tricks and binds while you perform those finger grinds(yes, such things exist, just google them).

The side cup shape of the yoyo is further improved by removing the inner ridge that was present in the n11, so the finger spins can work better even though the yoyo is not designed specifically for such tricks.

Finger spins could have been better if there hadn’t been the laser engravings in the middle of the cup to rub your fingers and significantly slow down the yoyo.

The edge lip is sufficiently prominent for you to be able to do thumb grind tricks even if it is required to throw the yoyo at an angle.

As for the response, the N12 comes with the standard Magic Yoyo yellow pads which in this case there aren’t as slippy as those of the n11. Consequently, Your binds will work far better.

Magic yoyo N12 doesn’t have the silicone weight rings as the N11 had, but this doesn’t constitute a problem as the N12 is already heavy and it doesn’t need more weight added to it.

The yoyo feels stable and heavy when you play with it. This cheap throw is capable of doing most of the tricks you throw at it.

See it how it spins in this tutorial made by LukeRenner  (see it below by double-clicking on the video). 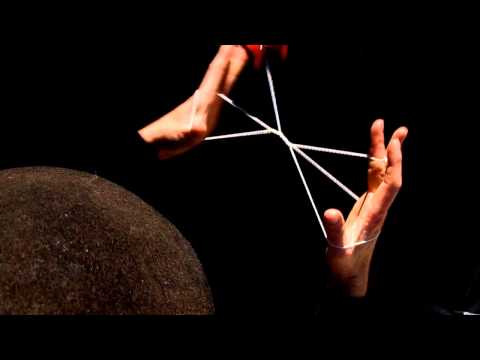 The finger spins work decently, the finger grinds work extremely well due to the matt anodization and the thumb grinds are doable if you throw the yoyo at an angle.

N12 is well machined and it presents only a few scratches which don’t bother you at all. Consequently, your tricks can be done easily and comfortably.

All in all, the Magic Yoyo N12 is perfect for players who want to learn tricks on an unresponsive yoyo without breaking the bank. You get great value for what you pay for and quality close to the YoyoFactory yoyos. If you don’t have one, you must have this 17 bucks yoyo. Just go and get it!

Top 8 Quality Yoyos For Kids to Get in 2019
How to play with yoyo in 2019
The Complete Review of the Yoyofactory Edge in 5 Minutes
Yomega Fireball-the beginner yoyo you must try!
16 Easy Yoyo Tricks You Need to Know This Year
How to use a yoyo like a pro in 7 easy steps
Best Yoyo Accessories to Get This Year for Maintenance
How a Yoyo Works Explained in Detail
Categories: Yoyo recommendations