Yoyo Champions and Masters you need to know about in 2019

Gentry Stein is one of the most known yoyo players in the world because he won three times the US Nationals and he released his famous signature yoyos Shutter and the Replay Pro. He is from Chico, California, the same town where the YoYo Museum was constructed.

Gentry is mostly known for its choreographed routines, his stunning bangers and incredible accuracy. He won the US Nationals for 1A division 3 times. In 2015, he managed to win the US nationals with a cheap plastic yoyo. This time the yoyo was the humble Replay Pro. He also won the World Yoyo Championships in 1A Division in 2014. 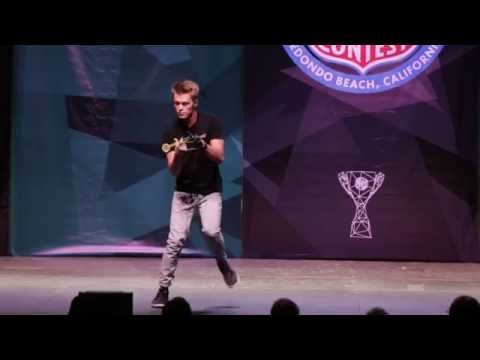 Even Nagao was introduced to yo-yoing by his dad when he was only 3 yeas old. His father, Alan Nagao, partly contributed to the yoyo boom in the 90s by promoting yoyo with the demonstration team he created called THP.

Alan Had at a time a shop in Hawaii and was aspiring to get to spread his business even more. So he partnered with different yoyo companies to promote different yoyo models. Most of the yoyos sold in the yoyo boom were due to Alan Nagao’s marketing efforts.

Evan Nagao had the perfect background to make progress in the yoyo play so he continued to perfect his skills so much that he became a sponsored player for YoyoFactory in 2009.

In 2017 he became US National 1A Champion outperforming the three-time yoyo Champion Gentry Stein.

In 2018 he took the 1A world championship by Using his recent model ‘Edge Beyond at the World Yoyo Contest(WYYC). 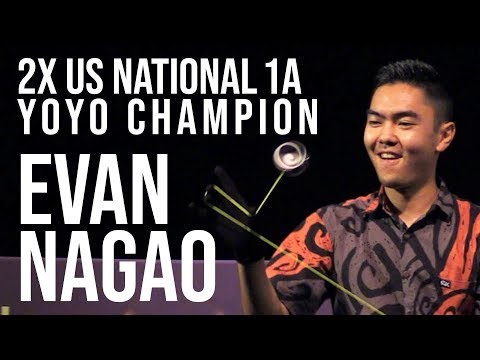 Paul Kerbel is multiple time Mexican Yoyo Champion. He has been yoyoing for a long time advancing through  Isaac Kanarek yoyo club.

He has been yoyoing since he was ten years old advancing through Isaac Kfanarek’s yo-yoHe is mostly known for his crazy bangers,finger spins, innovative tricks and acrobatic performance while doing yoyo tricks(such as jumping. 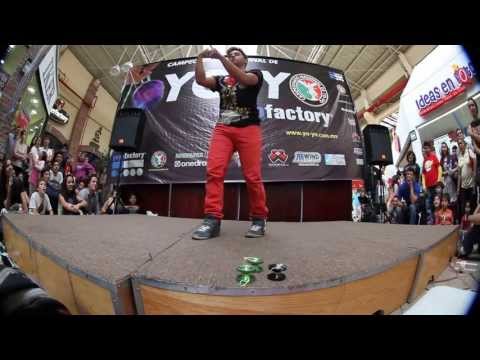 Tyler Severance used to play 1A and 5A for YoyoFactory being part of the YYF contest team. He is mostly known for using only Duncan Freehand Zero, a plastic inexpensive yoyo, to win the WYYC 5A division in 2007. He also won US Nationals in 2012 and 2014 for 5A division.

Later on, Tyler Severance became the YoyoFactory American Production Manager. He supervised the design of his most known yoyo called the Supernova after the failure in sales of his previous model “The Severe”. 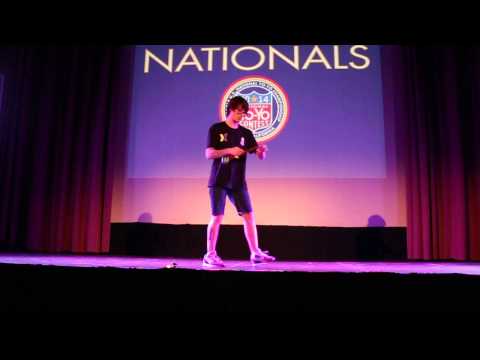 Tyler’s newest signature yoyo is the Space Cowboy, a bimetal yoyo with stainless steel rims. Tyler has also toured in the YYF van for many times.

In 2015 he left YoyoFactory to create his own Yoyo Company: Recess

Shu Takada is a Japanese 2a player and the 2012 WYYC champion for the same division. He began yo-yoing at the age of 6 and continued to improve his play until he managed to score high in the WYYC even with his signature dance moves which lasted almost 20 seconds. With all these difficulties in mind, he still manages to overthrow the competition and win the Worlds in 2012 for 2A.

When he doesn’t play 2A he prefers to play 1a and one of his most favourite yoyos is Gentry Stein’s shutter. This started the collaboration between the two(Shu and Gentry) and the YoyoFactory Shu-Ta was born.

Shu Takada also has his signature line of yoyos the Loop 900 and the Loop 1080, the redesigned version of the Loop 900. 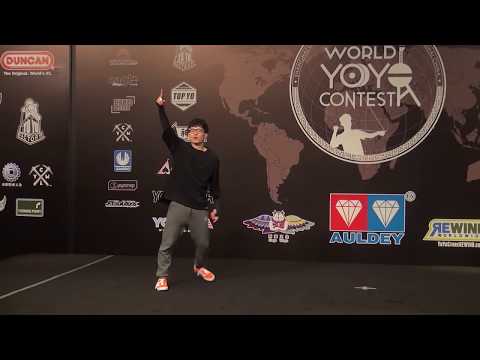 Hiroyuki Suzuki is a Japanese yoyo player who held the World champion title for longer than any other competitor. His style is fast rather than complex which makes his tricks visually appealing and impressive.

He is mostly known for wearing his famous sunglasses and stylish outfits revealing a strong fashion sense. 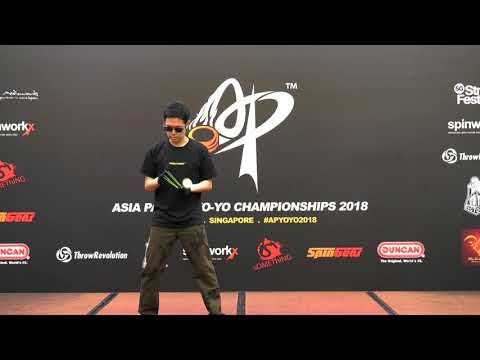 Even though his main style of play is 1A he knows how to play every style of yo-yoing professionally. His favourite signature yoyo was the YoyoJam Phenom.

Suzuki had eight “YoyoJam” signature series yoyos while he was a member of Team YoyoJam.He eventually left YoyoJam to start his yoyo store.YoyoAddict along with a subbrand for manufacturing called sOMEThING by YoyoAddict which specializes in high-end competition throws. The “s” and “h” are lowercase because of Suzuki’s initials.

Yuuki Spencer won Multiple times The WYYC and the US Nationals in 1A,2A and 4A divisions. In 2007 he managed to win the largest US contests, BAC, Worlds and Nationals in the same year, being the second player to ever achieve this feat. He began Playing yoyo in Hawaii at the High Performance Kites store in Honolulu, Hawaii(the store of Alan Nagao). At the age of 12, he travelled to Australia performing as team High Performance. At only 13 years, he won the 2002 Worlds, victory repeated in 2007.

He also demonstrated at memorable events such as the Czech Nationals(Prague), YoyoFest Moscow 2008 and the 2009 Japan Nationals. He was part in Team High Performance, Team YoyoJam and YoyoFactory until leaving YYF and going for CLYW.

He is the American who defeated the six-time champion in 5A  Takeshi Matsuura by the smallest margin in the World Yoyo Contest history: Only 0.03 points. To manage to achieve this great victory he had to train 4-6 hours every day practising his tricks and inventing new ones for his routine even though he had jet lag when he went with the plane to Japan.

Takeshi is very well known for being a fierce competitor who wins by wide margins and routinely reinvents his tricks to impress even more players.

In this case, Jake Elliot developed his signature yoyo which was way wider than most of the 5A yoyos at that time. He was helped by various designers to improve the wide shape of the new prototype and make it suitable for 5A in general. The wide shape of that prototype enabled him to hit the string more consistently as he was performing the tricks in the WYYc. 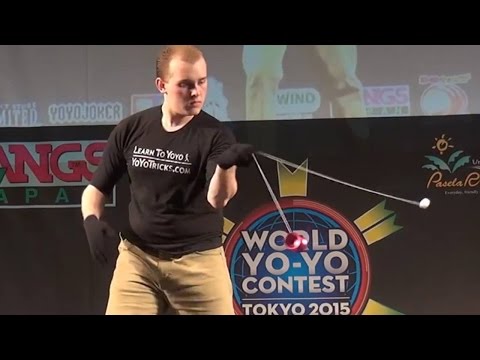 He managed to win the contest by the tiny 0.03 points on the 100 points scale after the intense calculation of the judges who went up to the hundredth of a point. This small number made the difference between Takeshi and Jake, so Elliot was the winner of the  World yoyo contest for  5A bringing the trophy back to the United States, the first time after 2007.

Hank Freeman is the man when it comes to 3A yo-yoing winning the US Nationals for 3 times and also winning the WYYC. He also is the senior member of Duncan Crew World-Wide.

His signature yoyo is Triumph, an aluminium yoyo released in 2014. The Triumph was meant to represent his achievements at the Nationals and Worlds for 3A division.

His smooth style and his unique boyish look keep him at the top of 3A play. 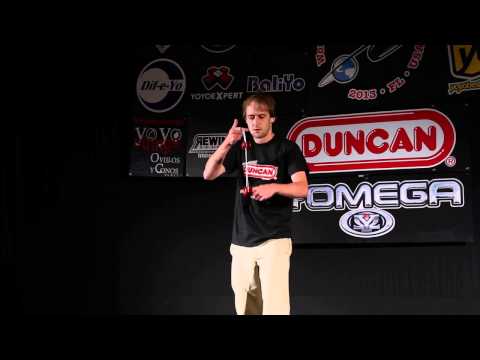 Later in his career,he foundsed 44RPM, a company specializing in wooden toys made from laser carving from a single piece of wood. His latest signature yoyo comes from his start-up and the toy is called the “Rhythm”

Hajime Miura is a Japanese 3A Player and World yoyo champion for 3A in 2014. He is a member of sOMEThING by YoyoAddict player team.

He sparked a lot of attention by winning the Japan Nationals and Artistic Performance. He also went out to win the Worlds in 2014 even though he was one of the youngest players in history. 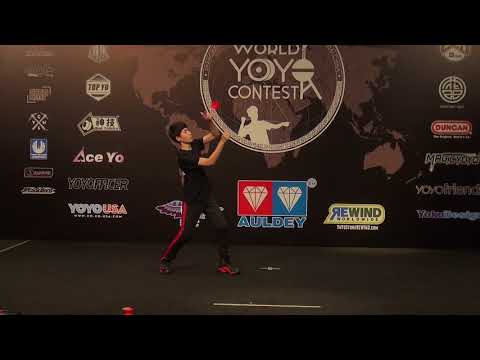 Most Notable achievements of Hajime Miura

WYYC-1st place for 3A division

WYYC-1st place for 4A division

WYYC-1st place for 3A division\

Ben Conde is former Member of Team YoyoJam and is sponsored by Basecamp in newer times. He prefers to play Offspring and 1A and his 4A performances are highly appreciated for their choreography in addition with the bangers in the game(rolling the YYF Flight around his neck). 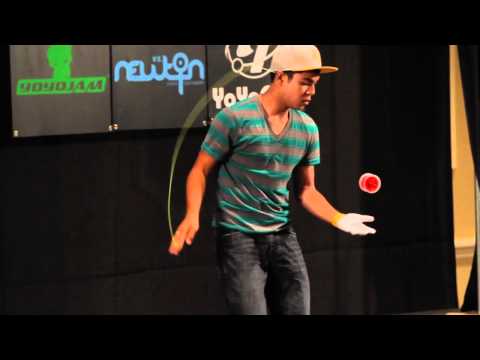 As a member of YoyoJam, Ben had signature yoyos like the Big Ben, Bigger Ben and Go Big.

He recently learned 2A and showed off with his newly acquired skills at eh 2012 California State and Games Yoyo Contest. His Older Brother was an ember of Team High Performance back in the day.

You can also follow him on his YouTube Channel started in 2013. In 2016 he quit his job as a graphic artist and started to collaborate with YoyoExpert and YoyoFactory.

WYYC-9th place for 4A division

Duncan IYYC-2nd place for 4A division

Rei Iwakura is a famous Japanese 4A player, who was a member of Team YoyoJam and now a member of C3Yoyodesign. He is recognized of his routines as well as his soloham offstring tricks. He is an 8 times Japanese National 4A Champion for 2019. 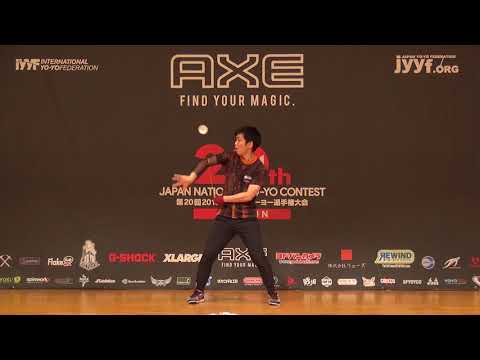 As a side thing, he also plays with diabolos.

Tessa Piccillo is one of the biggest names in the yoyo world. She won the Women’s Division at the World Yoyo Contest in 2014 and 2017.She also won the 1A Freestyle divisions at the EYYC in 2016. Tessa is described as the “most smiling badass you’ve ever met” and she amazes her audience when she performs her routine. 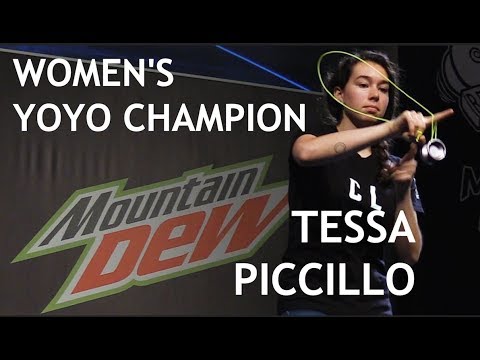 He was the team captain of YoyoJam and he runs the online store and resource centre YoyoExper as well as MasterMagic.He is also a US National Master. His signature yoyos are  YoyoJam Dark Magic, the trinity and the H3X.Boulay has aslo judged at many competitions including WYYC. 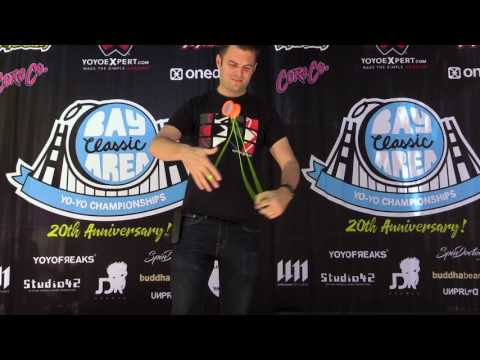 He started to yoyo by watching his brothers at the A-two-Z science and learning store using the yoyo. He started learning many tricks from walk the dog to more advanced ricks on the expert village.

Hironorii Mii is a  Japanese national Yoyo Master. As the founder and operation of www..yoyo .jp., a portal for Japanese yoyo players he also invented some offstring tricks while as member of Team Off-String. 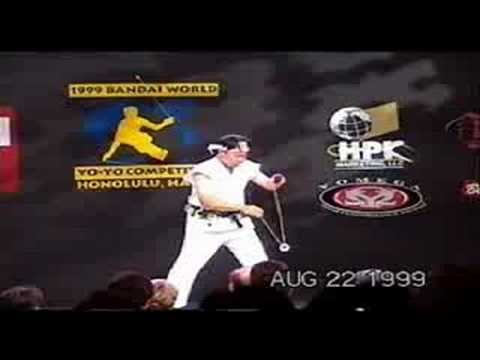 Although a member of Duncan Crew he had a yoyojam signature series yoyo the Aquarius, one of the most known offstring yoyos in the 2000s.

YYF Replay Pro-The Toy That Will Make You Want More Yoyos
YoyoFactory Shutter-What is special about it?
MagicYoyo T5 Overlord-Add this crazy cheap yoyo to your collection!
Light-up Yoyo Options to Consider in 2019
YoyoFactory Boss yoyo-You Need To Have One of Those!
All you need to know about the YoyoFactory dv-888 presented
iYoyo Hidra yoyo -the smooth metal yoyo you have to try!
Best Yoyo Strings You Absolutely Need to Buy This Year!
Categories: yoyo info base