Want to make a yoyo professionally and don’t know how! Don’t worry as  I will present you how to make a yoyo so that you are satisfied with your end result!

Maybe you just want to make a simple yoyo to just have fun with it. Let me show you how to do it!

How to make a DIY yoyo

This is the easiest method of all, but you get the worst results in terms of playability and spin.

You need two plastic bottle caps and you need a pointed screw to make a hole into the cap. Connect the two caps with the 1 inch pointed screw and use a plastic welding gun to fix the screw in place. Then you make two plastic discs to apply on the sides of the yoyo.

Eventually, you attach the string to the groove of the yoyo and play with it.

Just want to make your yoyo the professional way?

Here is how you do it!

It all starts out with designing the prototype. For this, you will need to use specific software to create the shape of the yoyo onto a computer. One notable example is the Autodesk Fusion 360 which allows you to freely create your yoyo concept.

The software is free if you have a firm that makes less than 100k per year or you are a hobbyist doing non-commercial projects. If you are a student you can have up to 3 years of free membership with all features included.

The following found video will explain to you the design process: 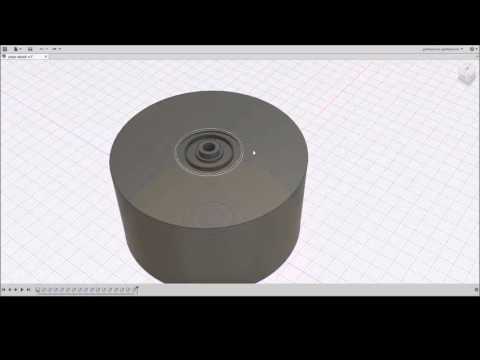 After you have the project finished it is time to put it into practice. For this stage, you need to have more raw material: aluminium cylinders. From these aluminium cylinders, you will start to carve the final shape of the yoyo. The Cylinders look somewhat like this:

Next, you will need specialized machinery to hold your cylinder and spin it incredibly fast. In this time you start to use the tools available to carve in the exterior cup of the yoyo according to your project on the Autodesk application.

Make precise measurements in order to make the yoyo halves symmetrical and according to your plan. Any tiny error may cost you the whole aluminium cylinder used, so pay attention.

The process shown below works for wooden, polycarbonate and aluminium yoyos(the last one skip to around 5 minutes).Credit: Andy DuBuc. 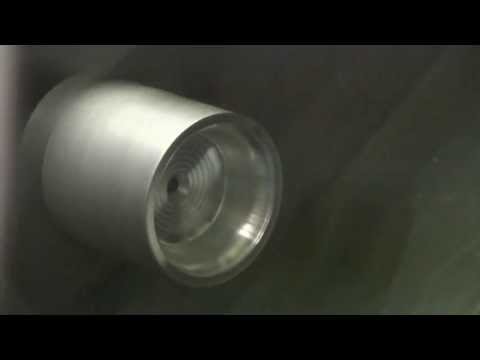 When you are finished make sure that the weights of the yoyo halves are equal. Any imbalance can cause you problems as you throw the yoyo.

How to make a wooden yoyo

The first wooden yoyos were made out of chunks of maple. The process took a lot of time. The wood was dried in kilns (some kind of ovens) as the lumber should warp and shrink before the yoyo is carved out of the wooden pieces. Otherwise, the yoyo would crack while the yoyo was being used and the player wouldn’t be satisfied.

After the drying process of the lumber, the wood was cut down to the optimum size and put on a lathe. the block of would be spun and processed with a variety of chisels onto a yoyo.

The yoyo was applied wood stain solution or painted. The final process consisted of applying the lacquer/varnish onto the yoyo surface.

After that, the drills make a hole into each half of the yoyo and a steel axle is inserted through that drill spot. The process was finished by putting the bearing onto the axle.

Watch the video that I found on the internet below to see how it is done. 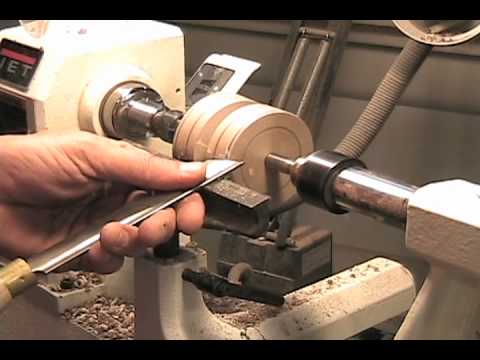 This applies to the manufacturing process of the plastic yoyos made of polycarbonate.

Each half of the yoyo is represented by two parts: 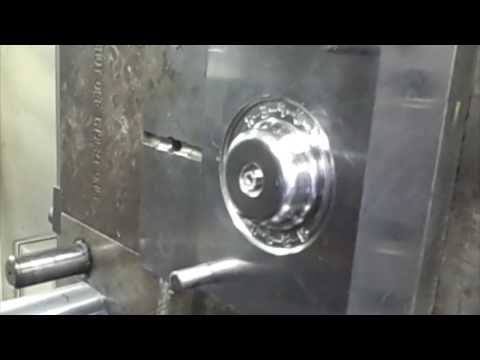 These were the methods for making a yoyo at home or in a factory. The DIY method is the easiest one by far but the most inefficient. The best option is to design your own yoyo from scratch and then process the aluminium cylinder.

If you have any ideas, feel free to leave them in the comments section!

10 Best Yoyos for Beginners You Need to Choose in 2019
Best Yoyo Accessories to Get This Year for Maintenance
How To Tie A Yoyo String The Easy Way
Recess First Base yoyo-What you need to know about it
Japanese Yoyos You Have to Know About in 2019
Yoyo Jokes to Know About in 2019(complete collection)
Best Yoyo Strings You Absolutely Need to Buy This Year!
Yoyo Glossary:all the terms you need to know about yoyos
Categories: Yoyo maintenanceYoyos