Yo-yo tricks for beginners-how to start

Pursuing this hobby can be very captivating as you will learn how to make a yo-yo move in a certain way so that you will do these so-called tricks. I’m going to walk you through the essentials of setting up your toy and learning the main yo-yo tricks for beginners.

Watching yo-yo players on YouTube doing such amazing tricks is easy, but mastering them takes time and patience. However, it’s worth the effort, as you can impress both your friends and family.

Luckily, beginners like you have something in common with professional yo-yo players, both started small at some time. So, no worry! Stick to the habit of practising every day and soon you’ll see results!

But before performing tricks you should set up your yoyo. If you want to know directly how to

do easy beginner tricks just scroll down to the “Yoyo tricks for responsive yoyos” section.

Setting up your yo-yo

Most of the yo yoyos come with two strings, each of them having a knot with some space at one end as in the image.If the string doesn’t have a knot, you can make one.

The next thing you are going to do is to pull the string through the hole and what you’ll obtain is a lasso. Then, you put your middle finger through the lasso with the two strings coming from the knot facing the little finger like in the image shown above.

You eventually untwist the other end of the string which doesn’t have any knot and you place the whole yo-yo in the loop, twist the string again, Voila, your yo-yo is ready!

What’s the difference between responsive and unresponsive yoyos?

Beginner tricks for a responsive yoyo

Just throw down the yo-yo the following way: firstly place the toy on your palm with the string going from the yo-yo passing on the middle finger. When you do this trick is necessary not to just let the yo-yo go down and spin. Throw it properly.

How? You imagine that your toy is a dumbbell and you can lift it up and down and you stop moving your hand when it is parallel to the ground. In our case, lower the yo-yo rapidly in front of you and release it at the right level so that your toy doesn’t hit the ground. The sleeper itself is represented by the fact that you let the yo-yo spin continuously.

After throwing successfully, you just pull the yo-yo and make it come back. One important aspect to consider would be the tilt of the spinning object. You should throw the yo-yo straight to stop it from doing unwanted things.

The same as the sleeper, but before making your yo-yo come back you swing it forwards and then let it spin on the ground. You’ll see that it will move forward as if it is alive.

First of all, you spread your yoyo-hand in the same way like a stop hand sign. After that, you use the opposite hand and “karate chop” your thumb(the idea is to put the other hand between the pointing finger and the thumb of the yoyo-hand).

Grab and pull the string up between the two fingers, point the left-hand fingers outwards and go with the hand underneath the yo-yo. You will realize that the toy can swing back and forth and there will be two strings on the sides.

Watch the video below to learn how to do the trick more precise. 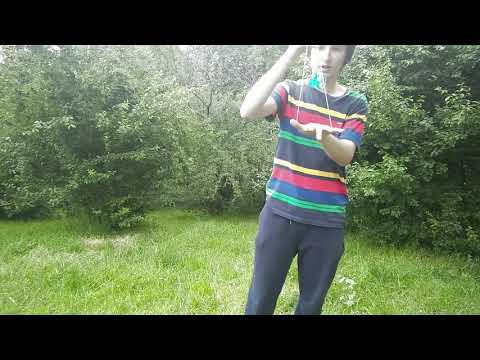 Throw the yo-yo as usual (in front of you) and having in mind the fact that you can’t do the same thing as with responsive yoyos you will do the following things (supposing you are right-handed):

4. Man on the flying trapeze

Mastering new yo-yo tricks isn’t an easy task, I personally faced problems learning how to yo-yo, but with time I managed to overcome them. So can you!

How to Make an Unresponsive Yoyo Responsive & Reverse Explained
The most expensive yoyos in the world revealed
Iceberg Yoyo by Iyoyo-The Yoyo That Smashed the Competition!
How it feels to have a Yomega Maverick yoyo
11 Advanced Yoyo Tricks You Need To Learn in 2019
You need to have this awesome YoyoFactory Wedge yoyo!
7 cool yoyo tricks you must know
YYF Replay Pro-The Toy That Will Make You Want More Yoyos
Categories: Yo-yo tricks

OMG!   This is awesome!  I have a yo-yo on my shelf and it has been sitting there for months gathering dust!  I used to be very good back in the days but lost interest and forgot all that I had learned.  This article is exactly what I needed to get me back to practice those nice tricks.  I kind of remember one of the tricks I used to do was the “shotgun”, but I don’t remember how to do it.  I have bookmarked your site to practice these “beginner’s tricks” so I can impress my friends!

I’m glad that my article managed to help you to  remember the old days tricks .The fact that my message was received represents a major breackthrough for me.Keep  practicing and the results  will show up very soon .It may get frustrating sometimes ,as you don’t understand what movement should be done in order to finish the trick.The most important thing:don’t quit.

I must say that this is a pretty interesting article as I don’t know the proper strategy for using yo yo. Your tips will surely help me and I hope that I would make to learn my kid to use it too as it is pretty interesting toy. I like to use it when I am nervous, it is great for relaxing.

This brings back so many old memories and actually is starting some new memories.  I am 51 years old and when I was much younger I had what I guess are called a traditional yo yo and I used to be able to do all of the tricks in your article.  So now we fast forward many years and the other day my grandson brought his yo yo to me and asked him if I could show him some tricks.

I took his yo yo and let me tell you its not like riding a bike.  I could barely get the yo yo to come back up.  So here I am many years later and myself and my grandson are going to learn together.

Thank you for writing this fun article that brought back so many fun memories from my past and so many that are going to start.

I’m pleased to see that this article helped you refresh your swet memories!

By the way you can also find a bunch of tutorials on You-Tube which can teach your grandson numerous tricks.

I am excited to try out your travel tricks for effective use of the yo yo. Many times I jad tried to use it but I was not quite successful. I love the simple and straight forward ways you have suggested. The unresponsive yo yo had always been my weakness, often got frustrated and quit, wont be doing that anymore. Thanks alot.

The main reason for getting  frustrated about yoyoing is the fact that you don’t understand certain movements of the arms and the fingers for the first time you see the trick.You need to do things in a certain way to make the yoyo move as you wish.And that can get tricky sometimes.One of the most frustrating tricks for me was Magic drop because you need and incredible amount of precision .The yoyo has to fall on the right string .If you google magic drop you’ll know what I’m talking about .

We can master Yo-Yo tricks as any skills by learning, practice and self discipline.

I had no idea about how to sitting Yo-Yo, I’m going to show this post to my 12 year old daughter so that she can make it and play with.

The main difference beteween responsive and unresponsive yoyos is  the bearing.The responsive yoyos have  a thinner bearing which allows you to make the yoyo came back to your hand much more easier when you tug it,but you can’ t do so many tricks with them because the string gets more cluttered and this will make the yoyo come back at some tricks.The uresponsive yoyo gives youo ore freedom .In regards to the techiques and materials they they aren’t any different .

what a great article! I found it to be very informative and interesting. I’ve also learned a lot of new things today. As far as Yo-Yo goes, well I had one back in the day when I was little, although I didn’t do a lot of tricks with it, just used to spin it for fun pretty much. I was quite surprised to discover that there are two types of yo-yo- unresponsive and responsive, which is honestly pretty awesome, because one type suits beginners better, but on the other side the second type offers more variety, cool tricks and challenges to more experienced yo-yo enthusiasts. Such 2 type separation is also very effective at allowing people to progress with yo-yo more naturally, as well as encourage more people to give yo-yo a shot, therefore increasing the community and basically attracting more new comers.

Thanks for an awesome article and keep up the good work 😉

Thank you for the encouragement ! I would like to add something : there two types of yoyos and  five types of tricks (1A to 5A).Imagine the possibilities!